Stay up-to-date with Daybreak Recordings via our newsletter. 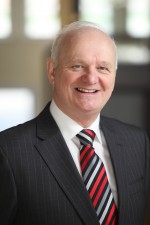 Daybreak Recordings was formed in 1980, the ethos has always been since then to spread the Old Fashioned Gospel Message of Redeeming Grace through good Bible based gospel music.

Primarily Rev McCrea is the main recording artist, but Daybreak has had the privilege of producing recordings with other artists, some from Scotland, England and indeed from the United States of America.

Rev McCrea has recorded a number of gospel albums since 1973 and for many years now has been recording in Nashville under the leadership of America’s top gospel musical Directors like Lari Goss and Roger Bennett. His DVD’s and Videos have been filmed on location in various parts of Northern Ireland, mainland UK, Israel and USA.

Gospel Music for Heart & Soul. Sound Doctrine and Adoration of the Lord.
TOP